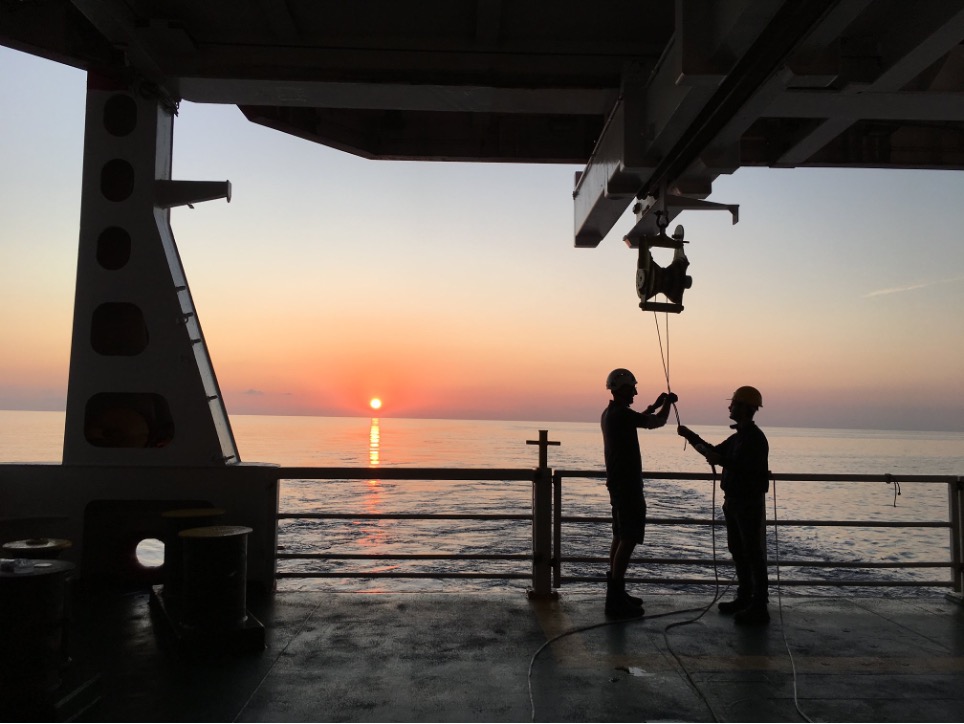 Through an experimental oceanographic approach, the group studies the Mediterranean, Adriatic, Black Sea and polar areas. The observation and analysis of the main dynamic processes, associated with variations in physical and biogeochemical parameters on various time scales, is carried out using traditional (oceanographic campaigns) and innovative (remote sensing, Lagrangian and Eulerian platforms) measurement methods.

The aim of the group is to improve knowledge on physical processes in the marine environment, through traditional approaches (oceanographic campaigns, use of Eulerian measurement platforms) and the use of autonomous measurement systems (glider, drifter, float), contributing to the production, dissemination and diffusion of marine-related scientific knowledge. Research activities include the observation and analysis of the main marine dynamic processes, both in deep waters and in the coastal zone. Long-term data acquisition is carried out both at basin scale (Mediterranean and Southern Ocean) and in crucial areas, such as the Southern Adriatic, the Arctic (Svalbard and Fram Strait) and Antarctica (Ross Sea). The research activities carried out by the group are in line with the aims of the  UN Decade of Ocean Science for Sustainable Development (2021-2030) promoted by the United Nations and supported by the European Marine Board and JPI Oceans.

The main scientific topics studied are:

The group manages the South Adriatic observatory site SAILOR (South Adriatic Interdisciplinary Laboratory for Oceanographic Research), located in one of the key areas for climate studies in the Mediterranean, where measurements from traditional platforms (fixed sites and oceanographic measurement campaigns) are combined with those obtained from autonomous instruments (floats and gliders) to create an integrated multi-platform real-time observation system. The observatory "EMSO-ERIC Southern Adriatic Regional Facility", managed in collaboration with CNR-ISP and located in the South Adriatic Trench area, contributes with long-term fixed measurements to the SAILOR observational site.

In the Mediterranean area, the group makes use of the MedARGO network (the Mediterranean component of EURO-ARGO), the collection and distribution of drifter data (contributing to the Global Drifter Program), the Glider station and the SAILOR observatory in the Southern Adriatic.

In the Arctic area, the group manages marine observing sites and participates in continuous measurement campaigns in collaboration with other national and international bodies. Since 2018, it has been participating in the Arctic ROOS (Arctic Regional Ocean Observing System) and since 2020 in the International Task Force for the formulation of the Regional Arctic Ocean Decade Action Plan for the United Nations Decade of Ocean Science for Sustainable Development. The Eulerian platforms in the Fram Strait, west of the Svalbard Islands, operational since 2014 in collaboration with the CNR, have become part of the SIOS (Svalbard Integrated Arctic Observing System) marine observing system.

In the Antarctic area, the group contributes to the collection and analysis of data in the Ross Sea and along the Antarctic margin, participating in various research projects (PNRA and international) which involve the acquisition of new data through campaigns with research vessels, marine observatories and autonomous systems such as Argo float and glider.

The group also provides support to activities related to environmental services and monitoring.