Understanding oceanic processes even in remote areas of the planet is crucial to predicting environmental changes, knowing their causes and having the tools to remedy them.

The Arctic Ocean is becoming progressively warmer and saltier, with the consequence that sea ice is disappearing due to climate change and the process of Atlantification, i.e. the increasing influence of Atlantic water in the Arctic. The warm, salty Atlantic water is extending its flow northwards into the Arctic Ocean and mixing with cold Arctic water, reducing the ability of the polar region to produce dense water to sustain the global thermohaline circulation.

Ocean circulation in the Fram Strait is strongly influenced by both the interaction between Atlantic (northward-moving) and Arctic (southward-moving) waters as well as by the presence and winter formation of sea ice and atmospheric forcing. These processes contribute substantially to driving the thermohaline circulation on a global scale. In particular, in the easternmost part of the Fram Strait, relatively warm and salty Atlantic waters flow, bringing heat to the Arctic region and contributing to the Atlantification phenomenon. There is also considerable variability in the system generated by various local forcing (wind, atmospheric temperature, tides, exchange dynamics between the continental shelf and the open sea) that play an important role, especially in the shallowest layer of the ocean. However, it is not entirely clear what processes are responsible for the inter-annual and seasonal variability of the deep current flow in the open sea region west of the Svalbard archipelago (Spitsbergen) and what the implications are related to ongoing climate change and in particular to the progressive decrease of sea ice cover in the winter period.

To understand these dynamics, a deep-water oceanographic anchorage called Mooring S1, located southwest of the Svalbard Islands (Lat. 76° 26.28'N; Lon. 13° 56.91'E) and anchored at ~ 1040 m depth, was installed in June 2014 thanks to a joint effort between OGS and CNR. Equipped with sensors that measure the physical (temperature, salinity, direction and speed of currents) and biogeochemical (dissolved oxygen, turbidity, organic and inorganic matter) properties of seawater on an hourly basis, it records time series that are valuable for the study of climate change. The oceanographic sensors are anchored at different depths, between about 800 m and 1040 m.

In the same year, a twin anchorage named ID2 was positioned from 2014 to 2016 and from 2018 to 2019 about 140 km further north than Mooring S1 with the aim of monitoring spatial differences in the properties and dynamics of water masses flowing along the eastern margin of the Fram Strait.

The oceanographic anchorages have been maintained on an annual basis through the deployment of several research vessels (Helmer Hansen, GO SARS, Polarstern, Alliance and Laura Bassi) and are supported by international collaborations and numerous projects/initiatives including: EU-Eurofleets (PREPARED, BURSTER projects), the Italian PNRA programme (DEFROST project). S1 and ID2 are also part of the observing system operated by the SIOS (Svalbard Integrated Arctic Earth Observing System) consortium. Since 2017, their maintenance has also been supported by the Italian Navy's HIGH NORTH programme, managed by the Istituto Idrografico della Marina (IIM) in collaboration with the Centro per la Ricerca e la Sperimentazione Marittima (CMRE-NATO).

Data from S1 and ID2 were used to contribute to the first two issues of "The State of Environmental Science in Svalbard - an annual report" published by SIOS in 2018 and 2019 (SOA project). Mooring data are downloaded during mooring maintenance, processed and quality checked and then stored in the OGS NODC data centre with connection to SeaDataNet and the Italian Arctic Data Center (IADC).

At present, data on temperature, salinity, dissolved oxygen, turbidity and horizontal currents cover an interval from June 2014 to March 2021. Information on sedimentary processes and interactions with mesozooplankton, glaciers and coastal runoff is acquired by collecting, by means of automatic sedimentation traps, the particulate matter that precipitates along the water column. Since 2021, a sedimentation trap for studying microplastics has also been added.

Future prospects include an implementation and uniformity of the observational systems with the establishment of a single Italian marine observational system managed by CNR-ISP and OGS that includes the marine systems present in the Ny-Alesund fjord (Kongsfjorden) and the open sea systems (S1 and ID2). 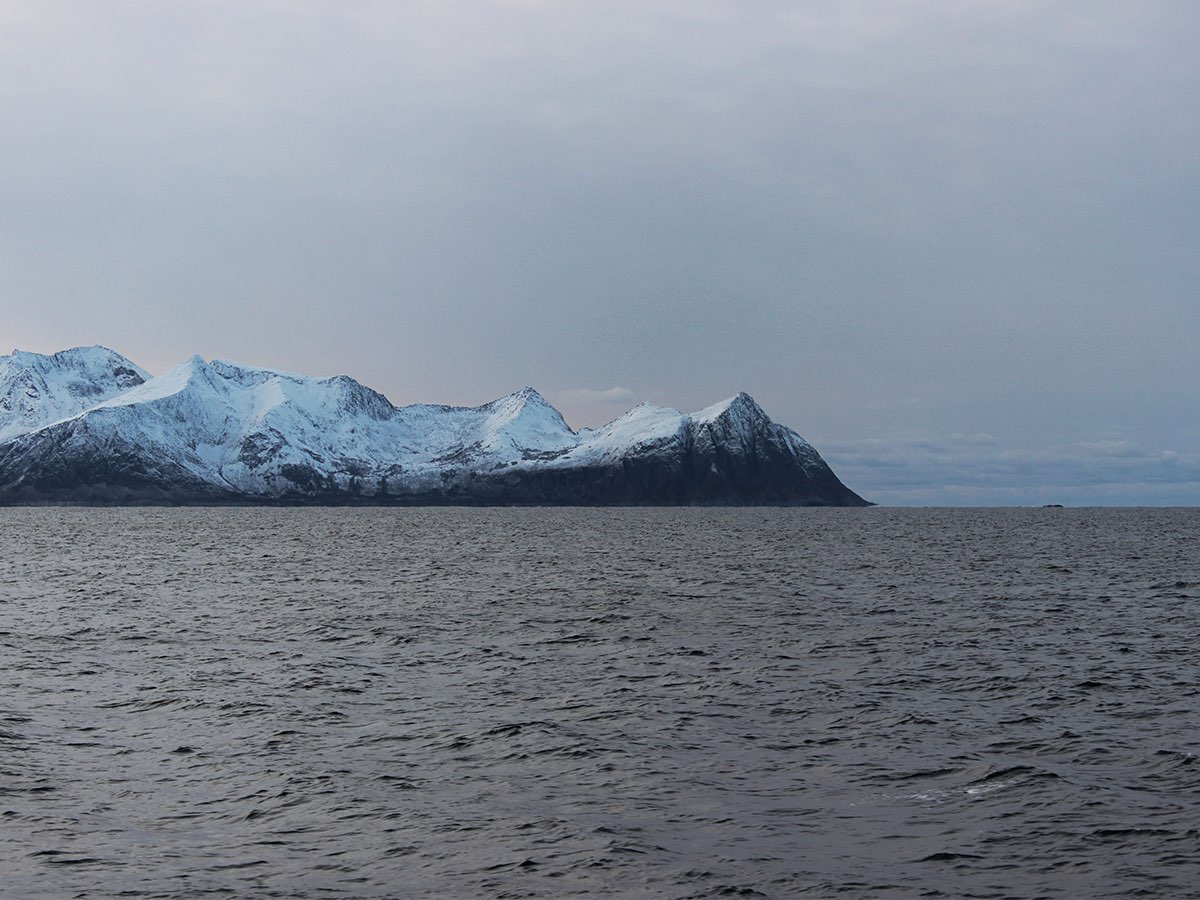 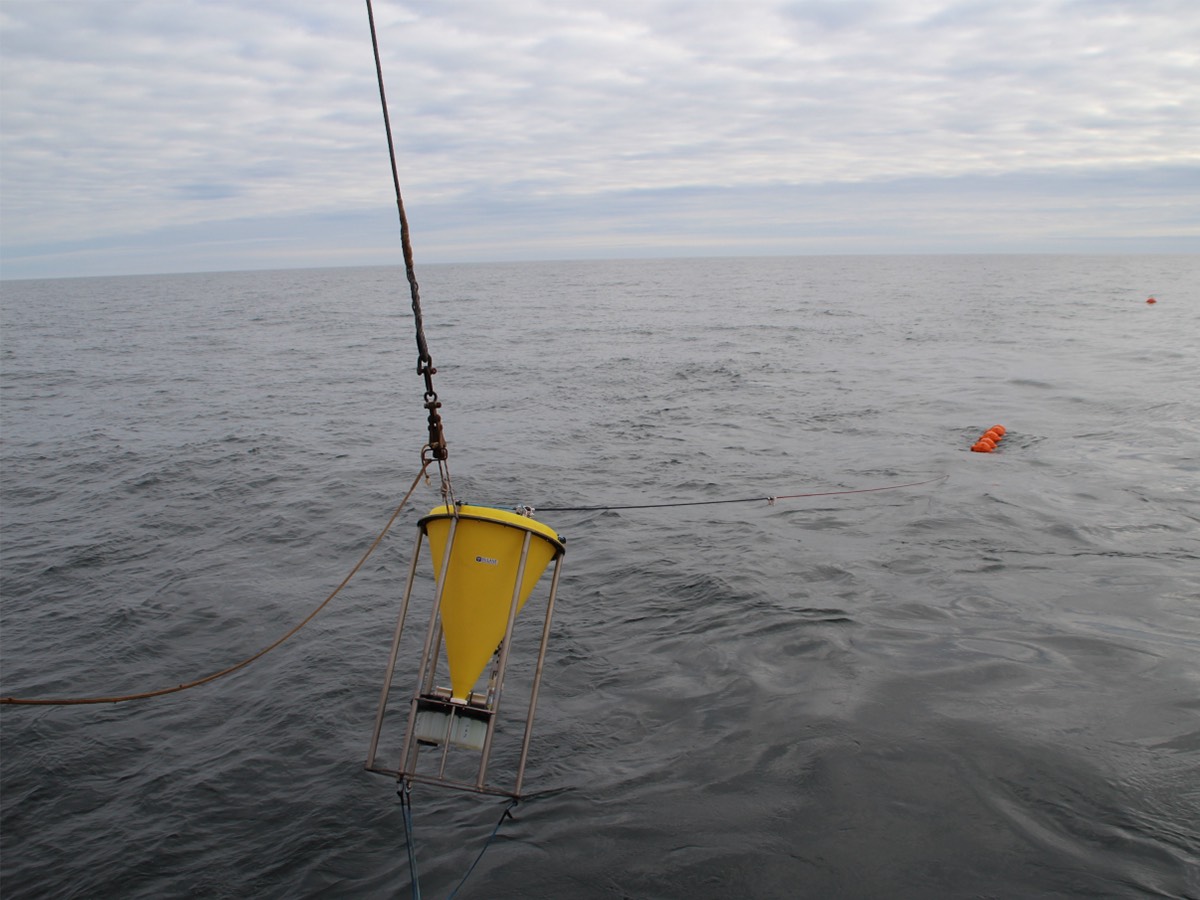 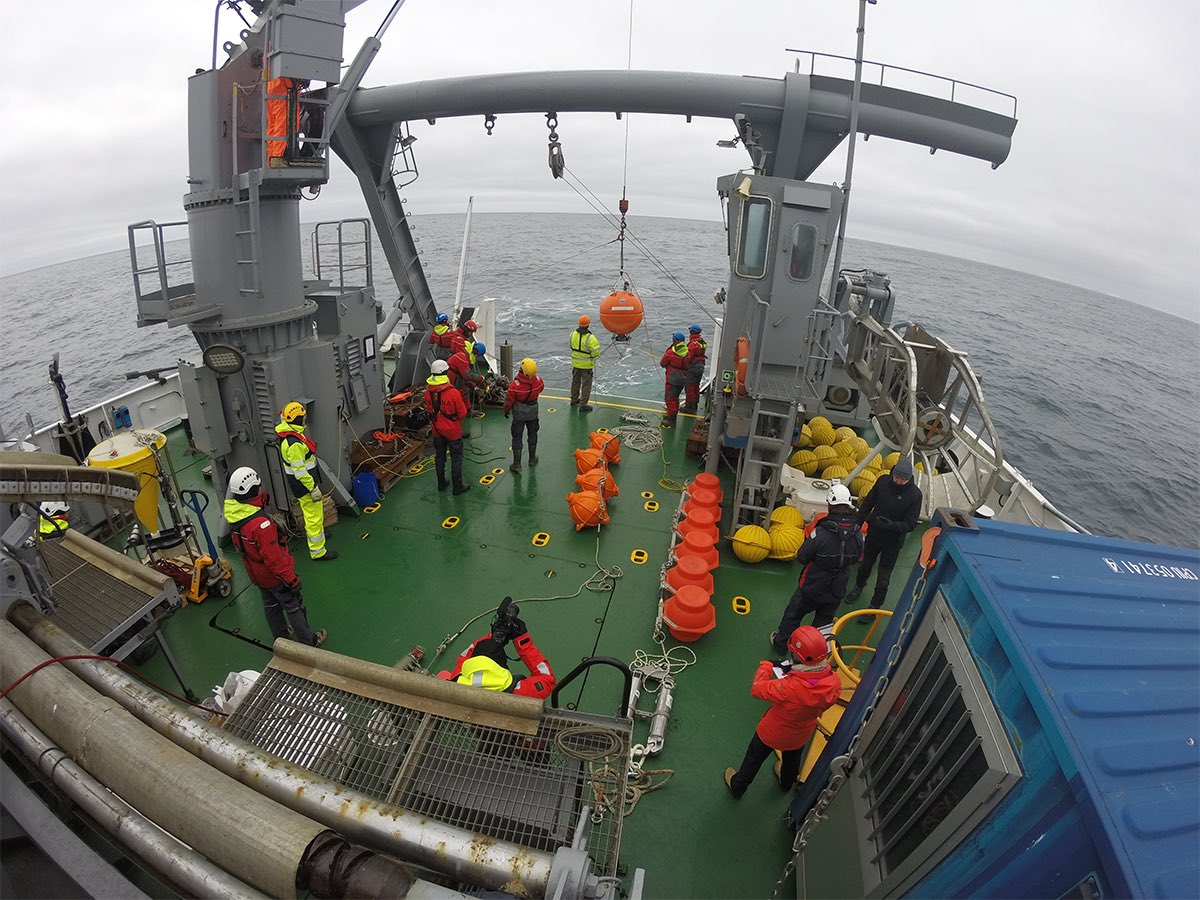 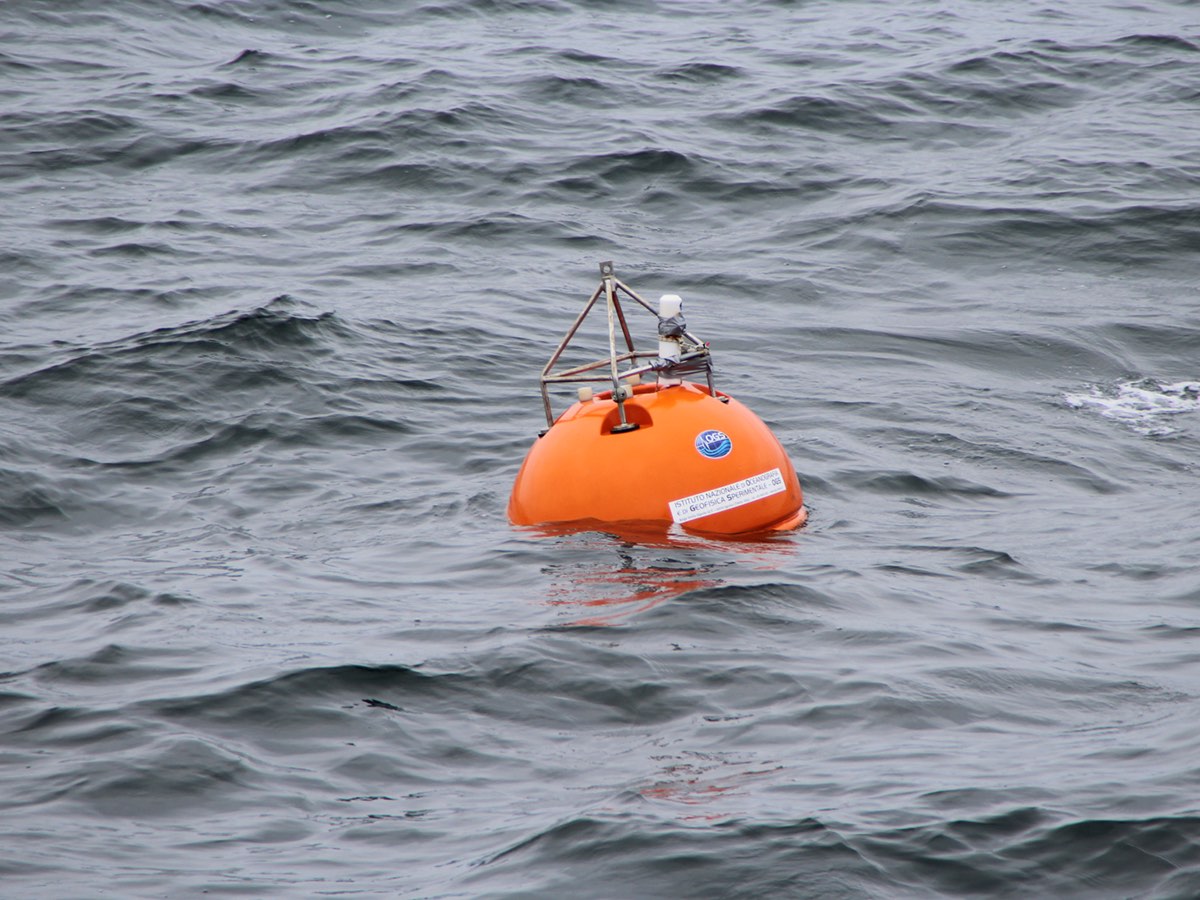 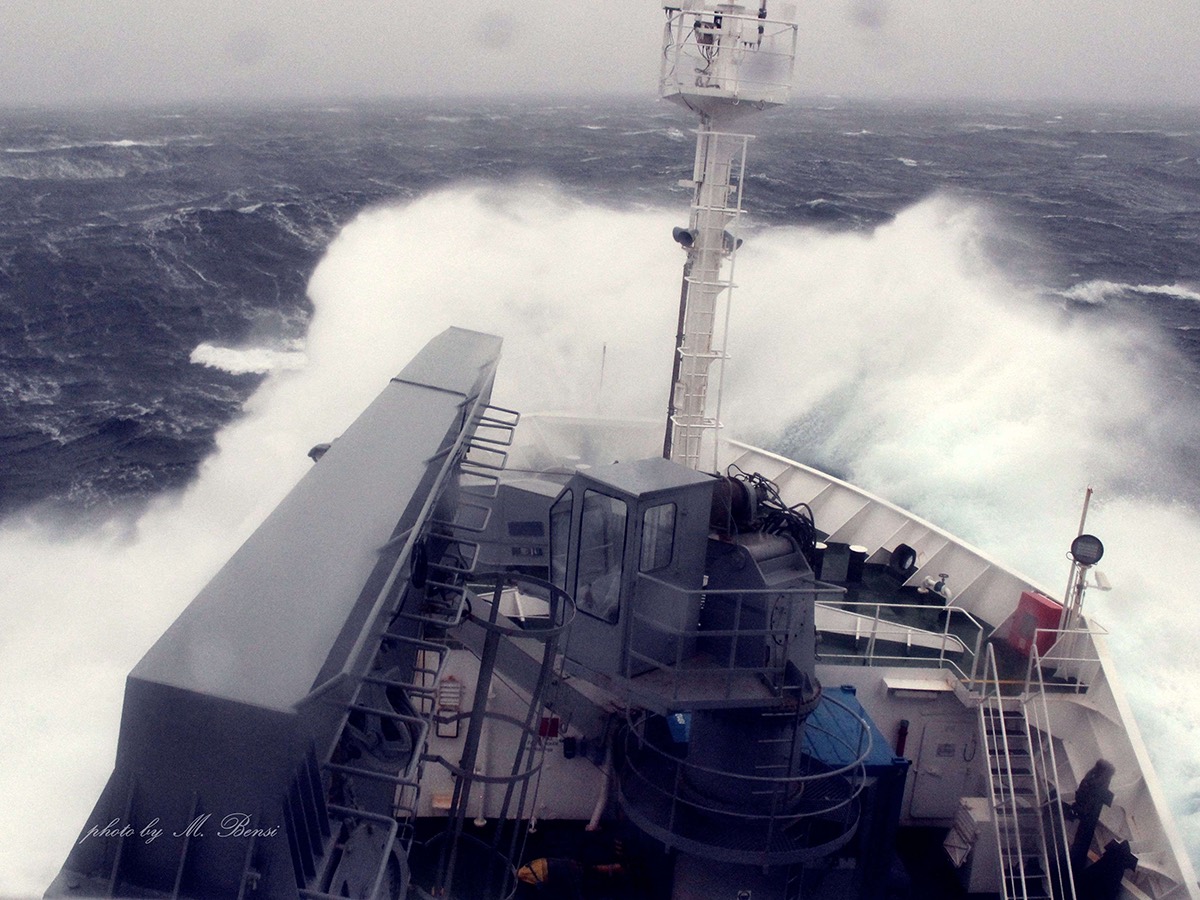