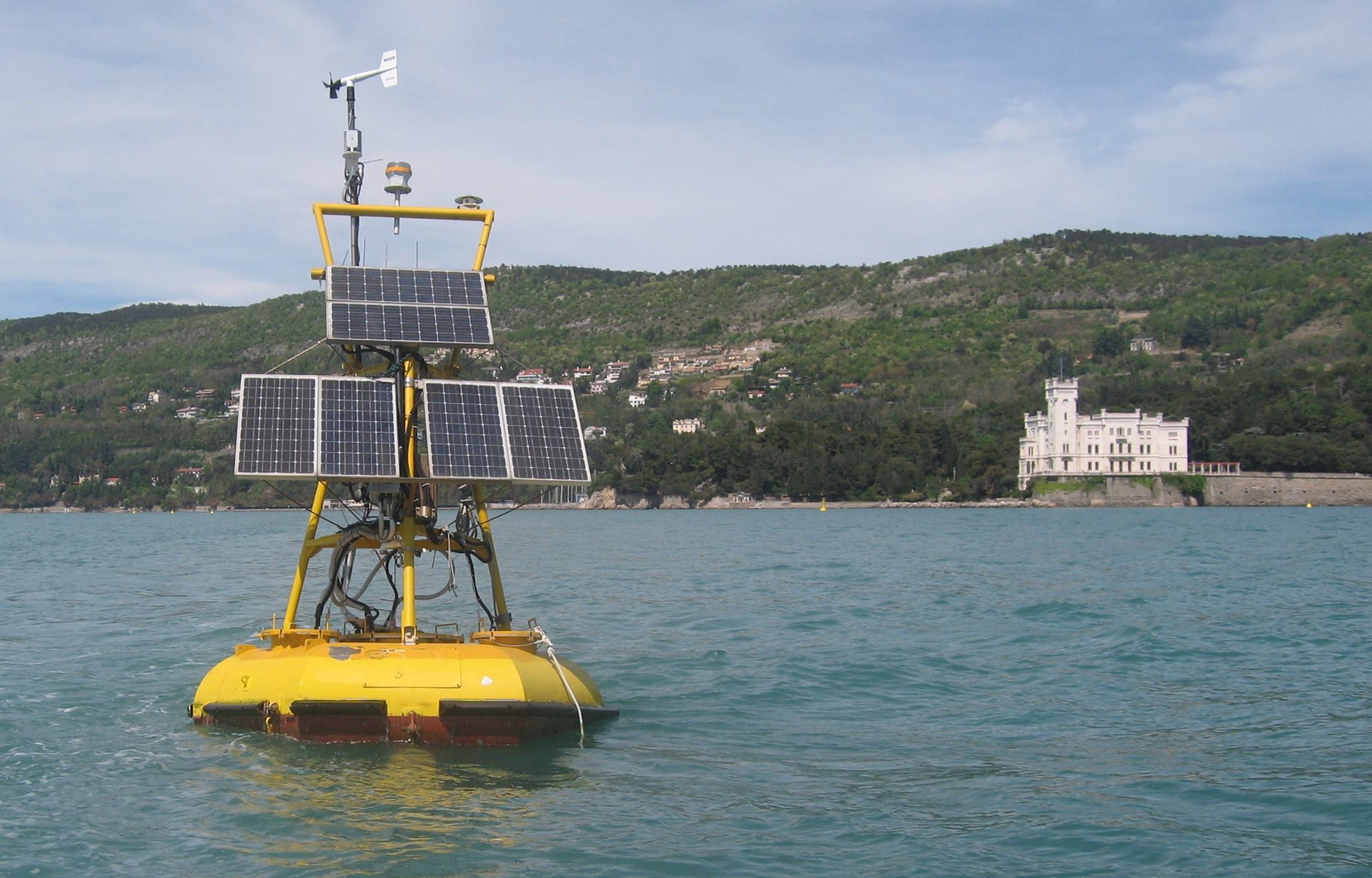 The Gulf of Trieste Platform is an infrastructure developed from the integration of several observational systems operating in the area, which guarantee a continuous flow of meteo-oceanographic data: physical, chemical and biogeochemical. In addition, there is a decades-long activity of in situ sampling and modelling.

equipped with an in-air weather station and instrumentation for the acquisition of physical and biogeochemical parameters in the sea at different depths (temperature, salinity, pressure, dissolved oxygen, pH, CO2 concentration, turbidity, irradiance and chlorophyll), with real-time data transmission.

C1-LTER and MIRAMARE sites for the in situ monitoring in the water column, with monthly frequency of chemical parameters (nutrients, carbonate system descriptors, dissolved and particulate organic carbon, dissolved organic nitrogen and phosphorus, particulate nitrogen and phosphorus) and biological parameters (virioplankton, bacterioplankton, phytoplankton, micro- and mesozooplankton). Some of the chemical measurements are also used to check the correct functioning of the parameters measured by the automatic systems.

for the seasonal in situ sediment monitoring part, concerning the identification of benthic communities (bacteria, microphytobenthos, meiofauna and macrozoobenthos), the physical (grain size) and chemical characterisation of sediments (organic and inorganic carbon, nitrogen, biopolymeric carbon) and the estimation of nutrient, inorganic and organic carbon exchanges at the water-sediment interface.

The system boasts a decades-long time series of acquired data. The site is an integral part of European research infrastructures (ERIC) such as ICOS and L-TER and is supported by European projects such as: JERICO-S3 and SHAREMED. 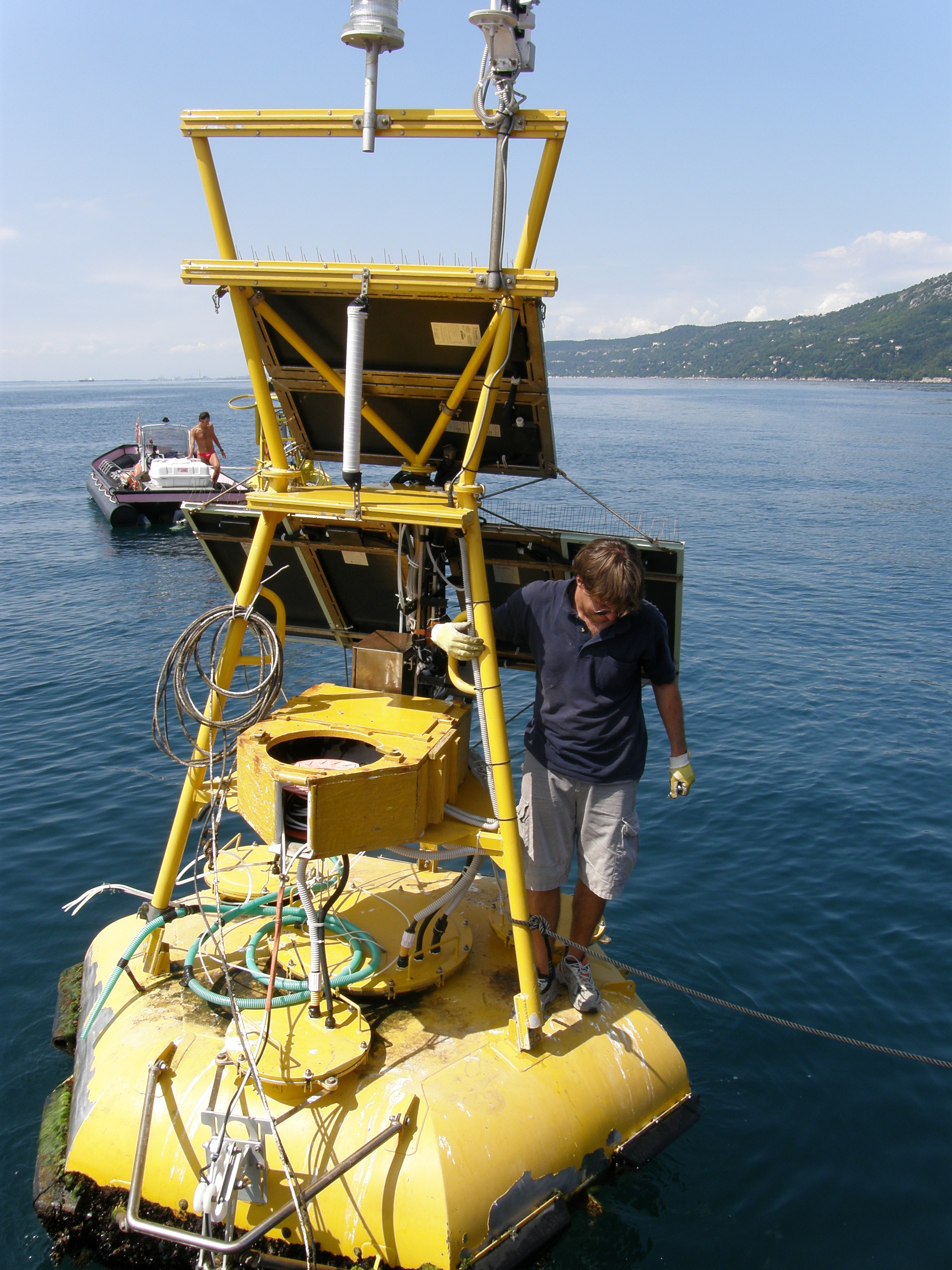 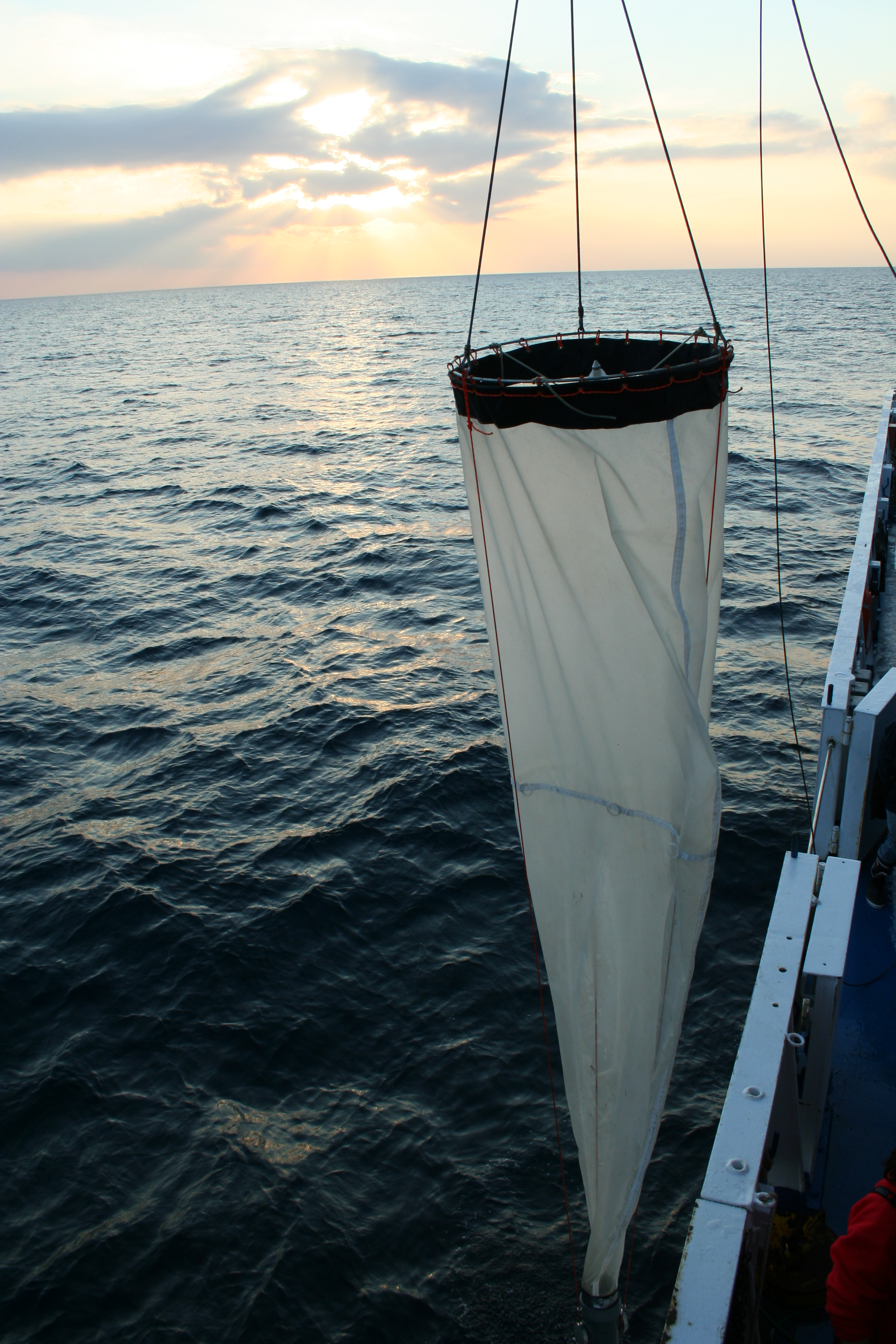 A high frequency radar system (24.5 MHz) of the WERA type

consisting of two beamforming stations (in Aurisina and Pirano), for real-time mapping of surface sea currents in the Gulf of Trieste with a spatial resolution of 1.5 km and a temporal resolution of 30 minutes. The data are available and distributed in real time on the site in the European node. The system is managed in collaboration with the Biological Station of Piran. The site is currently supported by the European project SHAREMED.

The network, designed and managed by OGS on behalf of PC-FVG, focuses on coastal surveillance and consists of:

3 oceanographic weather buoys type MAMBO-1
Equipped with an in-air meteorological station, a multi-parameter probe for the acquisition of physical and biogeochemical parameters in the sea at a depth of 10m (temperature, salinity, pressure, dissolved oxygen, pH, turbidity and chlorophyll), an acoustic current meter to measure the current field, all with real-time data transmission.

In addition to these systems is a recently developed modelling component with a pre-operational short-term (72h) forecasting system for the physical and biogeochemical conditions of the North Adriatic ( MEDEAF). The 3-D fields produced by the model, with hourly frequency and a horizontal resolution of 1/128 of a degree (about 750 m) on 27 vertical levels, include variables such as temperature, salinity, chlorophyll, nutrients, oxygen, pH, alkalinity. The system includes 19 river sources, reinforced by high frequency meteorological fields produced by the Slovenian Meteorological Agency ARSO, assimilates satellite surface temperature data, integrates historical nutrient measurements and uses products distributed by the Copernicus Marine Environment Monitoring Service (CMEMS) as boundary conditions. The evolution of the system will include the integration of local data for both assimilation and assessment of forecast accuracy. A relocatable version of the system is being implemented as part of the SHAREMED project.

The data described above, together with satellite products, will soon be integrated into a portal where in situ measurements, remote sensing data and model outputs will be freely available. 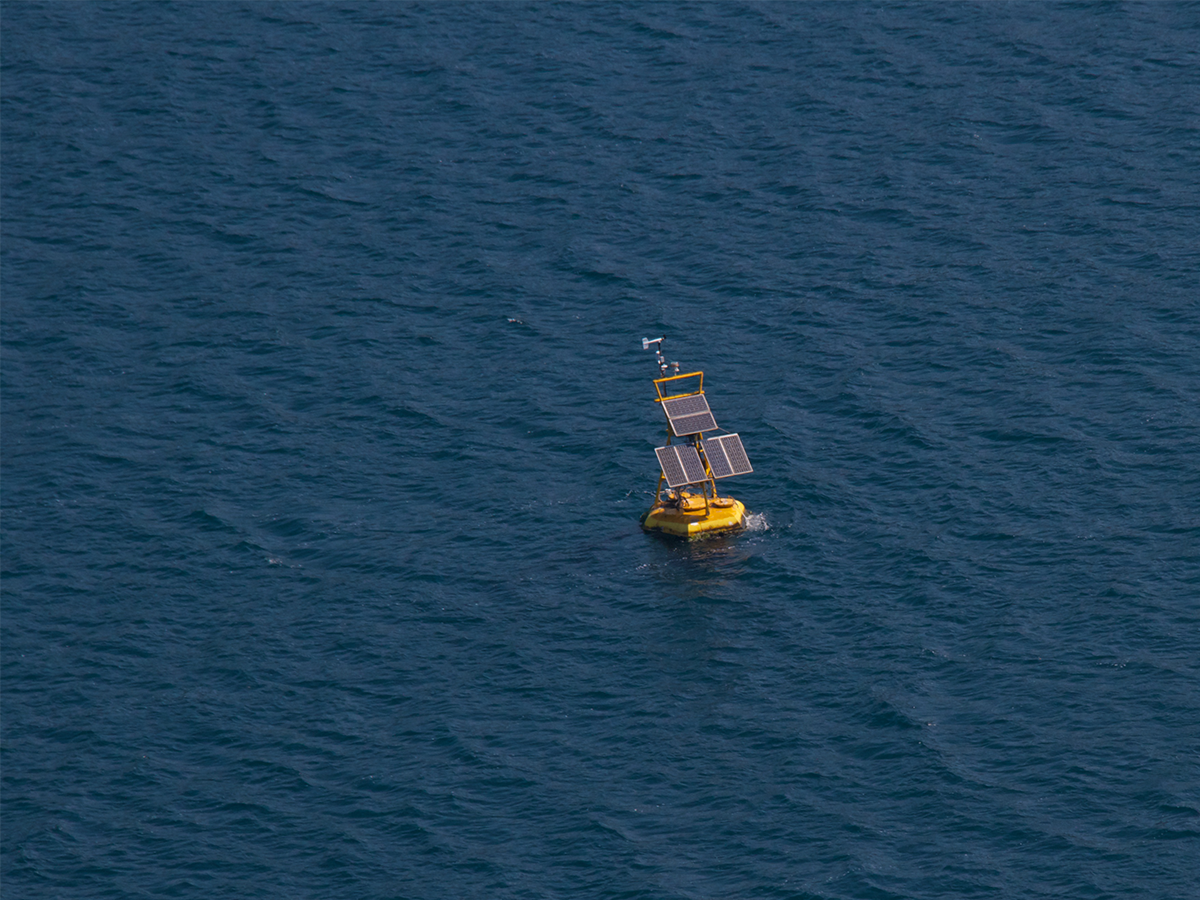 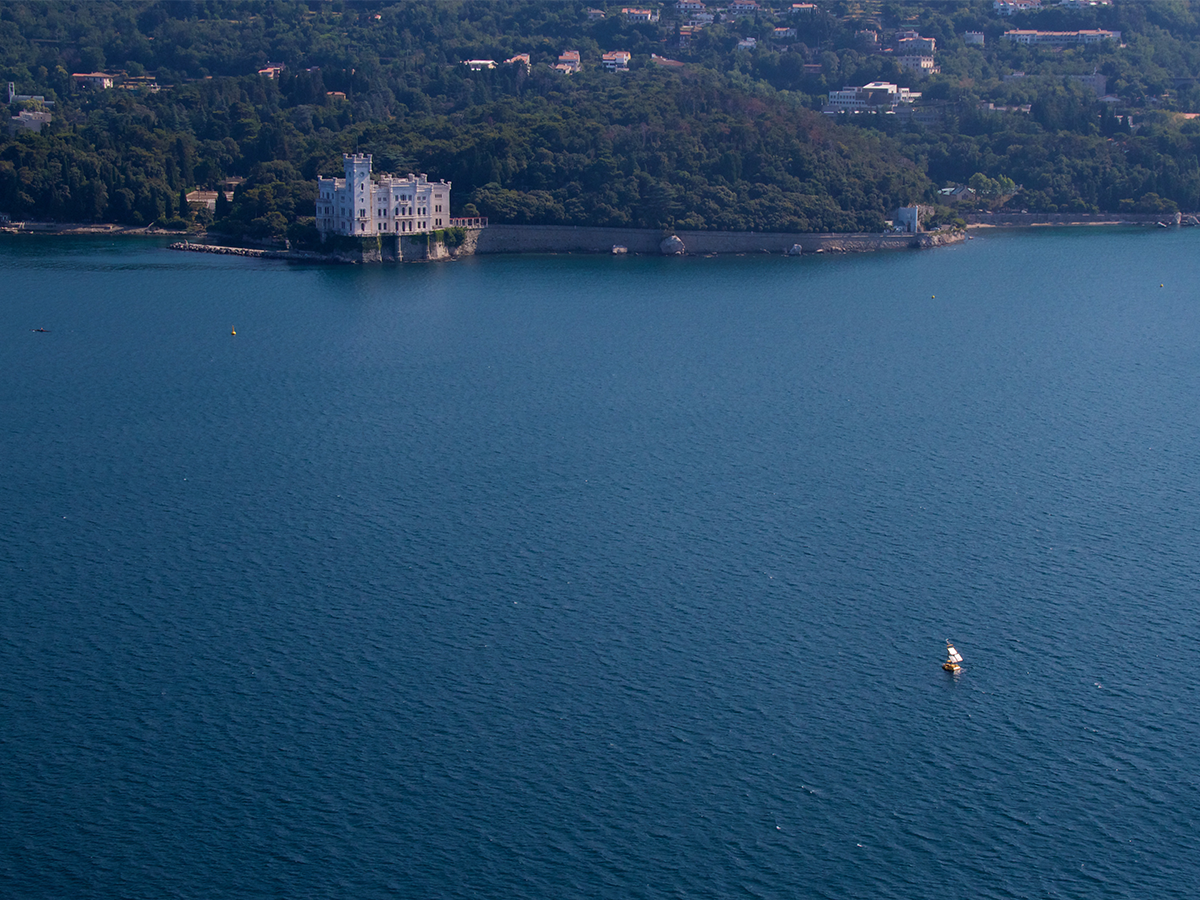